Whether you’re a podcaster, a streamer, or a YouTuber looking for a new mic to upgrade your audio content, chances are you came across models from the two biggest names of the industry: Shure and Blue.

In this article, we’re presenting you with a Shure MV7 versus Blue Yeti Nano review to help 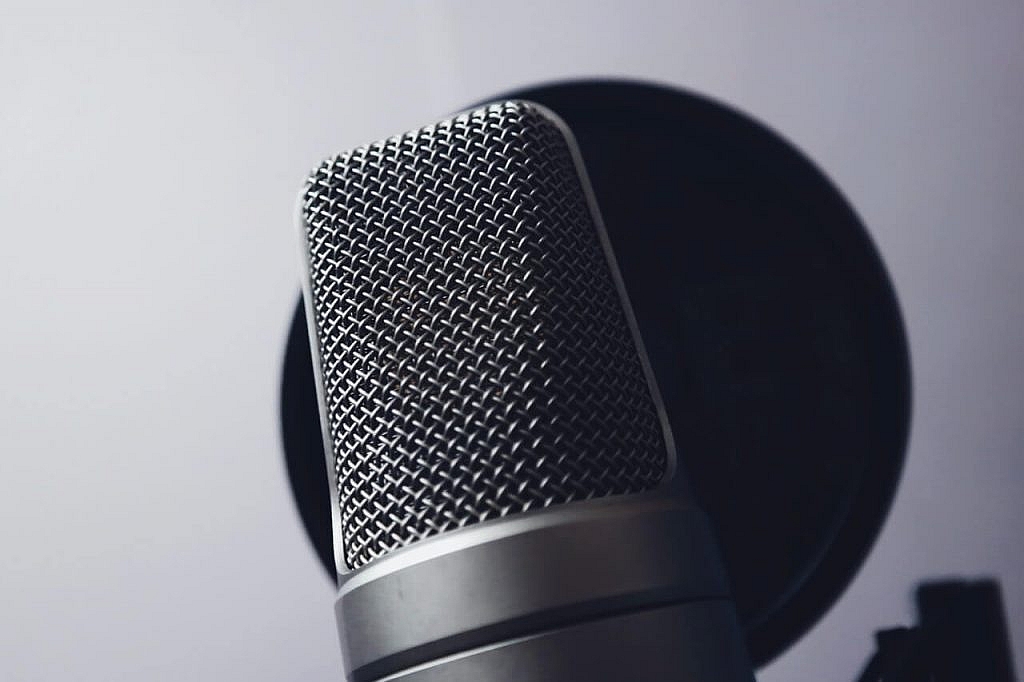 Before we dive into the performance and sound quality of these amazing microphones, let’s take a close look at their designs and how they’re built.

It’s no secret that the MV7 is inspired by the SMV7, but this doesn’t mean they’re identical. For one, the design of the MV7 lacks the iconic oblong grille of the SMV7, and although the overall shape of the front-address is similar, the capsule is covered by a screw-on foam pop filter.

When this filter/windscreen, you won’t see a grille — just the unprotected dynamic capsule in direct view. As such, you should note that the filter must be properly intact to guard the capsule, which means that it’s removable only for color personalization purposes.

The Shure MV7 is available in black or silver finishes, with sturdy metal construction. The capsule has a cardioid polar pattern and a frequency range of 50Hz to 16kHz. As for the mic’s A/D converter, it can record 16-bit or 24-bit audio at a sample rate of 44.1kHz or 48kHz.

The MV7 comes with a swivel mount that you can screw into any standard mic stand, with an adapter for smaller thread mounts included in the box. However, if you want a desktop tripod stand, mic stand, or boom arm stand, you’ll have to pay extra.

The MV7’s top panel features a control strip running along the border of the filter’s edge. This strip carries touch-activated controls for Mute, a slider to adjust levels, and a button to switch the slider function between mic gain and headphone volume.

Additionally, if you hold the Mute and Level buttons at the same time, you’ll lock or unlock the control panel to prevent accidentally changing your settings.

As for the back panel of the Shure MV7, it’s equipped with an XLR connection for standard pro-studio cables, a micro USB connection, as well as a 3.5mm headphone jack for live monitoring. You get two USB cables in the box; a USB-A and a USB-C.

The Shure Motiv app is available for PCs and mobile devices. It allows you to make full use of the MV7’s capabilities, featuring EQ presets, tone presets, monitor adjusting during playback as well as dynamic compression and limiting.

Users particularly enjoy that they get to control the mic’s parameters while recording in another app — all in real-time. The Motiv app also allows for quick Muting and Gain control via the software window, which means you don’t even have to touch the mic to make adjustments.

The MV7 supports Mac OS 10.13 to 10.15, Windows 10, iOS 12, as well as Android 8.0 and up. However, you’ll need to make sure you have the proper cables for the connection. For example, connecting to an iPhone requires a Lightning cable that’s not included in the box.

As the compact version of the Blue Yeti series, the Nano measures 4.29 x 3.78 x 8.31 inches (L x W x H) when mounted to the included stand and weighs almost 1.4 pounds. It’s made from aluminum metal alloy and available in muted gold, black, red, and blue colors.

The Yeti Nano is equipped with condenser capsules that support two polar patterns; cardioid and omnidirectional. This means you can select the typical pattern to record vocals or choose the 360-degree recording field for field recordings, recording several musicians or speakers at the same time, or conference calls.

The Blue Yeti Nano records 24-bit, 48kHz audio and has a frequency range of 20Hz to 20kHz. Like many other Blue USB mics, this one doesn’t use DSP, which can be challenging at first trying to achieve the right balance between level gains and positioning.

The overall look has a professional vibe, especially with the Blue logo situated right at the front along with an oversized headphone volume knob. This knob lights up green when you connect the mic to a computer and lights up red when you press it to serve as a mute button.

Since it’s a side-address model, you’ll need to speak into the grille above the front panel.

The included stand features a swivel mount that lets you direct the capsule in various angles to achieve the best recording position. Unlike most desktop stands and smaller USB mics, the Yeti Nano has an ideal height for desktop recording.

However, the stand will probably be a little low for closer scenarios. To pull off the ultimate sleek look, the base is designed with a canal to thread the USB cable through.

When you look at the bottom of the mic, you’ll see a 1/4-inch thread mount that lets you attach it to different camera tripods. There’s also a 3/4-inch screw-in adapter that accommodates connection to any standard mic stand.

Additionally, the panel on the bottom has a 3.5mm headphone jack and a micro USB port.

Blue’s app support consists of Sherpa, which is a desktop application that grants you touchless mic control, including gain adjustment and switching polar patterns. This sheds light on the fact that the Yeti Nano doesn’t have a gain knob, so you’re basically forced to download a desktop app if you want to adjust gain levels. 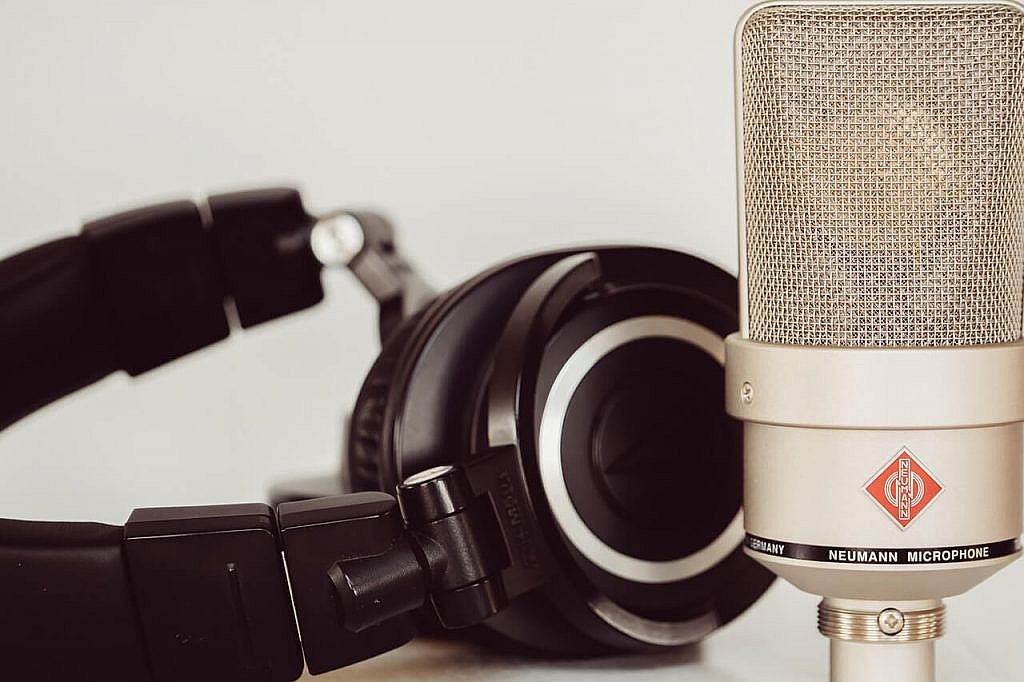 Now that we’ve gone over the design, it’s time to talk about the performance.

Right off the bat, the Shure MV7 offers users great versatility since it can work with an analog XLR-style setup or with a digital USB connection for PCs. As expected, the onboard gain controls and the headphone output don’t work in XLR mode, so it’s a typical analog signal with no DSP.

If your main use will be XLR, the SMV7 may be a better option to consider, but if you’re going to frequently or exclusively use the USB connection, the MV7 is definitely what you need. If you appreciate versatility, the Shure MV7 should be right up your alley. You’ll be able to record with XLR one session and use USB the next.

This mic is quite suitable for those with less recording experience since thanks to its plug-and-play setup that still delivers quality results. Combined with the Motiv app, you’ll get to apply DSP to make your vocals sound clean, dynamically even, and pop-free.

The Yeti Nano offers an instant ready-to-go experience. Even if you don’t adjust the gain levels via the Sherpa software, you’ll find that the default levels are workable without distortion on typical vocals.

Unlike some USB mics that claim to be low-latency but still have minor slapback delay, the Yeti Nano is true to its claim. The sounds you hear in the headphones are in perfect sync with real-time audio in the room.

Keep in mind that the Yeti Nani isn’t a bass-oriented mic, instead, it focuses on clarity in the high-mids and highs. Still, you can bring the lows up a bit by adjusting the gain to higher levels, and recording from a closer distance.

To help you choose between the two mics, we decided to sum up the advantages of each one:

Now, it’s only fair to mention the cons of each mic.

To wrap up our Shure MV7 versus Blue Yeti Nano review, let’s tackle the million-dollar question: which one should you choose?

If you’re a podcaster, a YouTuber, or a gamer who’s looking for a premium mic with outstanding versatility, then you’re probably better off with the Shure MV7 since you can use it as a USB or XLR mic — or both simultaneously. It’s also ideal for streamers being Teamspeak and MFI-certified.

However, the Yeti Nano has a huge advantage for users on a budget as it offers excellent sound quality near-identical to high-end models at a lower price. So if you’re looking to take your podcast, streaming, or personal recording to the next level without breaking the bank, this mic may be just what you need.